Buying a home can get intense, and you can easily feel intimidated by the lending process and closing requirements.

Federal policies affecting mortgage lending has seen many changes in the wake of the subprime mortgage crisis that began in 2007, putting a stronger focus on eliminating predatory lending and increasing transparency for the borrower.

Hearing the acronyms TILA, TRID and QM thrown out by your loan officer in conversation or reading the forms can be confusing. Understanding a few of these commonly mentioned policies will not only make the homebuying process a little less scary, but it will help you make better financial decisions.

What is it? TILA establishes basic ethical guidelines in lending, like requiring lenders to disclose the interest rate and other costs and terms to the consumer before processing a loan. TILA covers all lending, not just mortgages.

How it affects you: Established to increase transparency between the consumer and lender, TILA’s guidelines are intended to help consumers understand the lending process and reduce the risk of unethical practices by lenders.

Recent changes: TILA has been amended repeatedly through the years to alter a wide range of lending practices, with many changes focused on mortgage lending in the wake of the subprime mortgage crisis. Additions to the law have specified how and when a lender must communicate fees and conditions of a loan to the consumer in an effort to provide more details and time frames.

What is it? The Dodd-Frank Wall Street Reform and Consumer Protection Act regulates a wide range of financial transactions, including immoral financial deals like predatory lending – which the law was enacted, in part, to curb in the wake of the financial crisis. Dodd-Frank addresses mortgage lending by placing a new responsibility on lenders that requires their due diligence to ensure borrowers can plausibly make payments on loans.

How it affects you: The law created government agencies to monitor various aspects of the financial industry, including the Consumer Financial Protection Bureau, which implements rules that promote transparency and clarity between mortgage lenders and homebuyers.

“Dodd-Frank was a huge change in the industry – and a positive change,” Athanasiou says. “It was one where you really saw a lot of folks who weren’t operating with the best intentions exiting the industry.”

What is it? A rule added to TILA that incorporates aspects of Dodd-Frank, Qualified Mortgage standards aim to eliminate some of the practices commonly involved in predatory lending.

A mortgage that follows QM standards is not allowed to be interest-only, cannot have administrative fees exceeding 3 percent of the total loan amount, cannot have a term longer than 30 years and any adjustable-rate mortgage must be underwritten with a maximum rate for the first five years that takes into consideration the buyer’s ability to repay the loan.

Some exceptions in the standards apply to small lenders who do not have the same volume and size of loans as major banks.

How it affects you: While lenders are not required by law to follow QM for all loans they issue, the policy incentivizes them to follow the guidelines to gain legal presumption. In other words, in the case where a borrower defaults on his loan and decides to sue the lender, the court assumes the lender conducted due diligence to ensure the borrower was creditworthy and would under normal circumstances be able to pay off the loan.

“The purpose of it is really to … eliminate the toxic products that crashed the market [in 2008],” says Yana Miles, policy counsel for the Center for Responsible Lending.

The policy received pushback when it was first enacted, but the results have since had little negative effect on the ability for lenders to issue mortgages, according to Miles. She says a small increase in the number of mortgages processed in 2014 is encouraging for QM standards, which went into effect last year. “We’re seeing slowly now how that can be very beneficial,” she says.

What is it? TRID consolidates forms that lenders are required to issue to borrowers both before the lending process and just before closing on the home.

Can’t sell your home? LEASE IT WITH US! 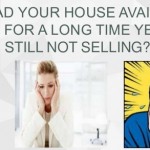 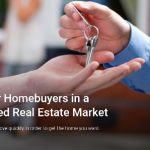 3 Tips for Homebuyers in a Fast-Paced Real Estate Market