The S&P/Case-Shiller National Home Price Index in October sat 5.2 percent above where the metric was a year ago, according to a report released Tuesday. The real estate pricing barometer now sits at its highest level since Oct. 2007.

But price gains have largely been concentrated in particularly popular metro regions. The index’s 20-city composite metric, which records home prices in 20 of the country’s largest metros, was up 5.5 percent year over year in October. San Francisco, Denver and Portland led gains, all registering 10.9 percent annual growth.

“There is a clear divide between home price appreciation in metro areas with large technology sectors and most other parts of the country,” a team of researchers at Wells Fargo Securities wrote in a research note Tuesday. “San Francisco and Portland have seen the strongest price appreciation over the past three months, with prices climbing at a 13.3 percent and 13.2 percent pace, respectively.”

But that’s not to say real estate is in the midst of a bubble. The S&P/Case-Shiller index is still shy of its 2006 peak, and the levels of pricing pressures seen over the last few years are hardly alarming.

In the buildup to the housing bubble, home prices ballooned at least 8 percent annually between July 1999 and July 2005. Prices have expanded in excess of 8 percent in only one year since the housing crisis, so October’s 5.2 percent year-over-year growth is still well shy of bubble-era levels. 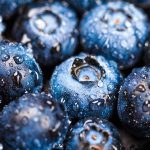 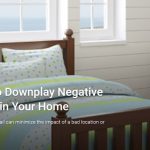 3 Ways to Downplay Negative Features in Your Home