Most homeowners have yet to embrace smart homes, but the newest wave of devices could change that

While there is a lot of talk about smart homes, few of those high-tech features are actually being incorporated into today’s homes. We are not yet living in the land of “The Jetsons.”

But homeowners are moving toward some smart home products, including thermostats they can control with , automated lighting solutions, keyless entry and security and entertainment options.

“Smart home technology is important for some homeowners,” says Nino Sitchinava, principal economist for Houzz, a home design website, which has done several surveys on the use of smart home features. “It’s not something that all homeowners are unambiguously into.”

When choosing smart features homeowners tend to gravitate toward products that are simple to use and less expensive, making remote control of temperature and lighting popular choices.

“They don’t value what they don’t understand,” says Danny Hertzberg, a sales associate with The Jills Team at Coldwell Banker in Miami Beach, Florida. Technology that the real estate agent can’t demonstrate when showing a home doesn’t impress prospective buyers. “People are looking for how they can save money or what’s going to make life easier,” he adds.

Hertzberg finds that consumers like products like the Nest system, which includes thermostats, security cameras, and carbon monoxide and smoke detectors. The system integrates with a number of other products and can be operated via an app. The thermostat costs $249 (some energy companies offer incentives), making it a small investment for significant convenience.

“It’s very easy to install, it’s not that expensive to put in, it’s easy to use,” Hertzberg says. For a low cost, they can also get a simple product that enables them to control the air conditioning or the lights from the bed, he says. People can get separate thermostat or wireless lighting products or integrate the system by choosing a “Works With Nest” device.

For homeowners looking for a way to make their house stand out from the crowd, Hertzberg suggests they consider the Nest products as well as keyless entry systems, which allow you to open the door from a touchpad or an app. “Now that house is going to stand out from the house down the street,” he says.

Many do-it-yourself smart home products have come to market, but few consumers are embracing those products, partly because they are more complex to implement.

“Consumers are really looking for simplicity in the interfaces for their systems,” says John Galante, president of AE Ventures, which just organized a smart home trade show in Orlando, Florida.

“Unless you’re looking for a very limited solution … you’re best served to have a level of pro installation involved,” Galante says. “Once you get beyond a single room, it tends to get complicated.”

Houzz recently started looking at home technology room by room. The 2016 U.S. Houzz Kitchen Trends Survey found that smart appliances weren’t being widely used, and the biggest smart feature utilized in the kitchen was color touchscreen displays. “Actually, the kitchens are not as high-tech as you would think. The appliances aren’t really talking to your smartphone,” Nino says. The Houzz survey found that only 6 percent of respondents used built-in apps with recipes and only 5 percent used wireless controls via smartphone or tablet to control a refrigerator or range oven.

As home entertainment technology improves, theater rooms are less popular. “The movie rooms are going away,” Hertzberg says. “You no longer need a dark, dark room and a projector.” Newer televisions provide a great viewing experience anywhere. “The price point has come down, and the systems have gotten so much better,” he says.

Smart thermostats. Thermostats have grown beyond a mechanism that you can program to raise and lower the temperature. Today’s smart thermostats can be controlled via your computer or smart phone and will even learn habits such as when you’re usually at home and if you raise or lower the temp when you get up or at certain times of day, like when you go to bed.

Lighting controls. Being able to control all the lights in the house with one device, to operate dimmers or to turn off the lights after you are already in bed are all functions homeowners value and can add at minimal cost.

Alarm systems. Today’s home security systems include controls for thermostats and lighting and have features that allow you to arm and disarm them remotely, using a computer or a phone. Security cameras also have fallen in price and grown in popularity among homeowners.

Keyless entry systems. With these replacements for standard locks, homeowner don’t have to worry about carrying keys. They can also give instructions to others on how to get into the home when they’re not there.

Hidden or unobtrusive built-in speakers. Wired speaker systems are still popular, but the speakers are smaller and there may be more than two to a room, Galante says. That makes it easier for homeowners to customize sound for, say, a party.

You can expect to see more of these four smart home innovations in the future:

Smart refrigerators and other appliances. Few people are buying refrigerators that include an app to tell them when they’re out of milk. “I don’t think we’re quite there yet on the value proposition,” Galante says. But Hertzberg says he is starting to see some smart kitchen appliances in high-end homes. “Those things will go from wow factor to expected in the future,” he says. Controlling the stove and oven remotely is likely to catch on first.

Smart ventiliation systems. Look for heating and air conditioning systems that will not only adjust the temperature, but will also detect and compensate for humidity and air purity.

Smart building materials. Shingles will be able to notify you of leaks, drywall will detect moisture and wood framing will report termite infestations. “That’s the stuff that’s coming seven to 10 years down the line,” Galante says.

Smart irrigation. Precipitation sensors and moisture sensors for soil exist but aren’t wildly used. A new Houzz survey of landscaping trends found that 24 percent of homeowners doing an outdoor remodeling project were installing motion-sensitive lighting, but only 8 percent of respondents were adding precipitation-sensitive irrigation systems, which shuts off the sprinkler system when it rains, and only 2 percent were adding smartphone connected plant sensors. ~Teresa Mears

How Homebuyers Can Find a Neighborhood With Great Schools 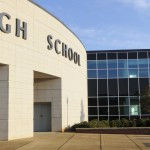 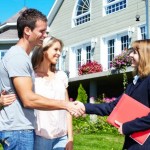 12 Confessions of a First-Time Home Seller