June’s sales pace was revised down to 582,000 units from the previously reported 592,000 units. Economists polled by Reuters had forecast single-family home sales, which account for about 9.6 percent of overall home sales, slipping to a rate of 580,000 units last month.

July’s increase, however, likely exaggerates the housing market strength as it has not been matched by robust housing starts. Still, sales were up 31.3 percent from a year ago.

Last months’ surprise increase pushed new home sales well above their second-quarter average, pointing to sustained momentum in the market for new homes. Residential construction was a minor drag on economic growth in the second quarter.

Housing market strength, marked by rising home values which are boosting household wealth, is helping to buoy consumer spending, cushioning the blow on the economy from a downturn in business spending as well an inventory correction.

New single-family homes sales soared 40.0 percent in the Northeast and increased 1.2 percent in the Midwest. Sales in the populous South jumped 18.1 percent to their highest level since July 2007. Sales were flat in the West, which has seen a sharp increase in home prices amid tight inventories.

Last month, the inventory of new homes on the market fell 2.9 percent to 233,000 units, the lowest level since November last year. This means builders will need to ramp up construction activity to meet demand.

At July’s sales pace it would take 4.3 months to clear the supply of houses on the market, the fewest since June 2013, and down from 4.9 months in June.

There’s No Better Time to Be a Real Estate Investor 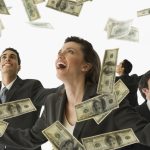 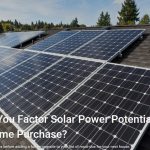 Should You Factor Solar Power Potential Into Your Home Purchase?