(Reuters) – – New U.S. single-family home sales surged in October and the inventory of properties for sale was the highest since early 2010, which could allay concerns of a significant slowdown in housing.

The Commerce Department said on Wednesday sales increased 10.7 percent to a seasonally adjusted annual rate of 495,000 units. September’s sales pace was revised down to 447,000 units from the previously reported 468,000 units.

Economists polled by Reuters had forecast new home sales, which account for about 8 percent of the housing market, rebounding to a rate of 500,000 units. Sales were up 4.9 percent compared to October of last year.

Though new home sales tend to be volatile month-to-month because they are drawn from a small sample, October’s bounce back should offer some assurance that the housing market remains on solid ground despite declines last month in home resales,housing starts and confidence among builders.

Supply still remains less than half of what it was at the height of the housing boom. At October’s sales pace it would take 5.5 months to clear the supply of houses on the market, down from 6.0 months in September. The median price of a new home fell 6.0 percent from a year ago to $281,500. 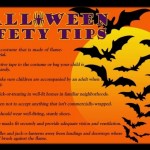 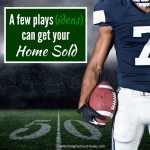 A Winning Game Plan to get Your Home Sold