The true value of a home is what a willing buyer will pay a willing seller, and no one knows that exact number before a sale happens. If the same house could simultaneously be sold by 100 different sellers to 100 different buyers, the price would not be the same because of the human factors involved, says Stan Humphries, chief analytics officer for Zillow, whose Zestimate was one of the pioneers of what is called automated valuation models.

To get a value using an AVM, you feed a lot of data into a computer, which crunches the numbers according to directions (or models) you give it and arrives at a home value estimate. Different companies use different data in different ways, which accounts for some of the variation in online home values. Obviously, the accuracy of the data itself affects the outcome. There are also factors a computer can’t see, such as whether your kitchen has ugly wallpaper.

“The thing about homes is they’re not commodities,” says Nela Richardson, chief economist for Redfin, which recently rolled out a new automated valuation tool called Redfin Estimate. “Every home is different.” Plus, there is the factor of the unknown. “We don’t always know if there’s a big hole in the floor or if someone spilled red nail polish on the bathroom floor,” she says.

While the various online AVM services spit out a single number that is an estimate of the value of your home, Richardson and Humphries point out that the number comes with a few caveats. Zillow provides a range of values for an estimated sales price, as well as publishing the error rate for a given municipality. Redfin shows you the comps it used to reach its final number.

If we take Zillow up on its option to remove three of 10 comparable home sales because of location and up to another three because of condition, the estimated value rises to $161,211. Zillow also offers users an option to correct facts about their homes, including the size, type of heating or cooling system and number of bedrooms and baths.

“There are some things that aren’t explicitly in the data that our models aren’t able to discern,” Humphries says. “A lot of consumers don’t focus on that value range, and they should. The wider that range is, the less certain we are. … From day one, we’ve said these are all opinions.”

Exactly what data the services include and how they use it to create the estimate is proprietary, though all incorporate public records, completed sales and MLS listings.

One reason the companies arrive at different estimates is that they aren’t all using the same facts. With our house above, Zillow, Redfin and realtor.com calculated the home’s value based on a size of 1,155 square feet, the number from the tax assessor’s records. But Trulia used 972 square feet, which is the size of the house without the garage. (Trulia does not provide an automated estimate unless you agree to be contacted by a real estate agent.)

While garages and unfinished basements usually aren’t included as part of a home’s square footage, Florida tax officials and real estate agents traditionally include half the square footage of the garage when they compute taxable value, and that is the number that usually appears in the MLS.

Redfin, using the same home facts as Zillow did, estimated the home’s value at $163,001. Redfin showed the comparable sales upon which it based its value, making it possible for someone who knows the home to realize the comps were substantially remodeled while the subject home was not.

Realtor.com estimated the home’s value much lower at $142,689, but there are no details about how the tool arrived at that figure.

Economists who work with the data remind consumers that the estimates are just that, estimates, and that the actual sales price is likely to depend upon many factors, including the condition of the home, the motivation of buyer and seller, and the supply and demand at the time the home is offered for sale.

“This is the starting point of a conversation that you’re going to have with your family and your real estate agent,” Richardson says. “It’s not just this black box that gives you a number. It’s important to note that this is not a be-all, end-all. It’s just the beginning of a complicated process.”

As the president of Better Homes and Garden Real Estate Tech Valley in Albany, New York, Miguel Berger has that conversation every day. He doesn’t recall a time that a home sold for its exact automated valuation. Some sell for more and some for less.

“You have to take it with a grain of salt,” he says of the computer valuations. “There are so many other factors that the computer doesn’t understand.” He notes that homeowners rarely look at the disclaimers, margin of error or other qualifying information. “It’s not a black-and-white science,” he says. “It’s an art.”

Here are six reasons the automated valuation of your home could be off:

The facts in the public record or the MLS are wrong. With our Fort Lauderdale home above, the companies all took the square footage of the Fort Lauderdale home from public record, but they didn’t all use the same figure. A difference in the number of bedrooms or bathrooms might create an even larger variation in valuation. “If there’s a discrepancy … it’s usually because the facts themselves are not up to date,” Humphries says. Homeowners can claim their homes and correct facts on Zillow.

Your home is not like others in your neighborhood . Whether a real estate agent, an appraiser or a computer is evaluating your home, it’s harder to arrive at an accurate value if there are no comparable homes. “Houses that are very unusual are harder to value, not surprisingly, than homes that are not,” Humphries says. “The Playboy Mansion and the White House are very difficult to value.” Homes that are different from others in the neighborhood or have unique features, are harder to value because there are fewer or no comparable properties with which to compare them.

Few homes in your neighborhood have sold in the last six months. The more homes that sell, the more MLS data and the more sale prices the computers have to calculate value. With few sales, there is less information to draw from. “They’re more accurate if there’s higher turnover,” Richardson says.

Your home has not been on the market in recent decades. There is significantly more information about a home in an MLS listing than there is in the tax records. Once a home has been listed, the services add that data. As homes are sold, the models can adjust for whether the home sold for more or less than asking price or the AVM price. “That can capture a whole lot of stuff,” Humphries says. “If a home is sold even once … that helps with valuation a lot.”

Public records in your jurisdiction omit key information. The nation’s approximately 3,100 counties don’t all record the same information about homes. In Suffolk County, New York, for example, few records include the home’s square footage, Humphries says. “There is a wide variance in the quality of the data we obtain,” Humphries says. “Without square footage, it becomes very challenging to value the home.”

The market is changing rapidly. Home valuations are based on past sales. If the market is significantly hotter or colder than it was six months ago, those past sales are less an indicator of current values. 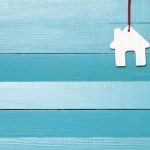 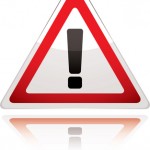